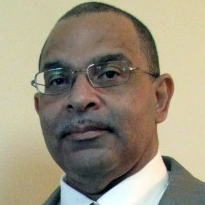 Richard Flowers is the Owner of RAF Consulting Services which offers expert guidance in Financial Management, Accounting Oversight, as well as Strategic and Business Planning.

From 2012 to 2016, he was the Chief Executive Officer for Social Security Board (SSB), Belize.  Established on June 01, 1981, Social Security Board is a member of the International Social Security Association based in Geneva, Switzerland.  He represented SSB on panels at two Social Security Triennial Forums; One in 2012 at the Forum held in Lima, Peru and another in 2016 at the Forum held in Mexico City, Mexico.  The panel discussion in Lima focused on “Moving from effectiveness to efficiency: towards a permanent improvement of social security administration” while, in Mexico City, the discussion focused on “Excellence in Social Security Administration”.  Richard also gave a presentation on “Innovation” at the XXVII General Assembly of the Inter-American Conference on Social Security (CISS), held in San Salvador, El Salvador.  His focus at SSB was to transform the institution’s culture to one of Service Excellence which in turn will enhance the lives of the Belizean citizens.  During his tenure, he implemented several strategies to achieve said goal.

From June 2002 to July 2012, he was first the Management Accountant and then the Chief Financial Officer for Belize Water Services Ltd.  This organization is the water and sewerage utility for the country of Belize, serving the larger municipal areas of the country.

From 1995 to 2002, Richard held several senior positions as Accountant and Financial Controller with organizations in Belize and from 1989 to 1995, he held several accounting positions in British Columbia, Canada before returning to Belize.