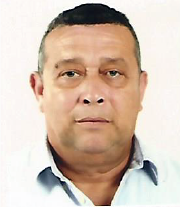 Mark C. Hulse is a qualified and chartered accountant, since September 1981, specializing in auditing and assurance, business services and accounting, corporate advisory and consulting, investigative and fraud audits, tax advice and receiverships.

Mark C. Hulse, Chartered Accountant was the representative firm of KPMG from 1991 to 1996.

Mark became a member of Summit International Associates Limited on 1st July 1997.  In 2002, Summit changed its name to Baker Tilly International.  Mark C. Hulse has been the sole Partner of Baker Tilly Hulse since then.  Mark is also the Honorary Consul General of The Netherlands in Belize since 2002.

As a leading audit and assurance practitioner in Belize, Mark has been involved with some of the largest corporate financial institutions as well as receiverships and liquidations in Belize.

Mark was appointed a Member of the Commission of Inquiry into allegations of irregularities at the Department of Immigration and Nationality.  Mark has performed the Forensic Audit of Social Security Board (Belize) – securitized loans and mortgage portfolio, as ordered by the Senate Select Committee.  He has also performed the Forensic Audit of the Development Finance Corporation – quasi government (Belize) body, as ordered by the Government of Belize.  Mark was also an offshore practitioner licensed to form International Business Companies and providing agency and director’s services to those client companies.

Mark’s receivership appointments have involved local Belize Companies and International Business Companies.  Those include the following:

· He was receiver for a property belonging to David Novelo, San Ignacio Town, Cayo District, Belize.

· He was appointed by a financial institution to support the receiver; involved in the preparation of a cash management system, installation of that system, and management of the cash system for three months for Novelos’ Bus Lines (In Receivership) – Novelos Bus Lines was the largest public transport line in Belize at that time.

Mark is a graduate of Marquette University (USA) where he obtained a bachelor’s degree with honours in business sciences with a major in accounting and minor in finance.